This issue contains a wide variety of information about recent performances, articles on aspects of Bruckner's works and their reception, and news of current and future events which will be of interest to Brucknerians.

The Bruckner Journal is published three times a year, in March, July and November - since 1997 - and is available by subscription only.

This is a wonderful opportunity for Brucknerians to meet together in pleasant surroundings, hear papers from leading scholars in the field and from other Bruckner enthusiasts. As with the Journal itself, non-academic music lovers need not be intimidated and can be sure they will find a friendly welcome and much to enjoy, to think about and discuss. 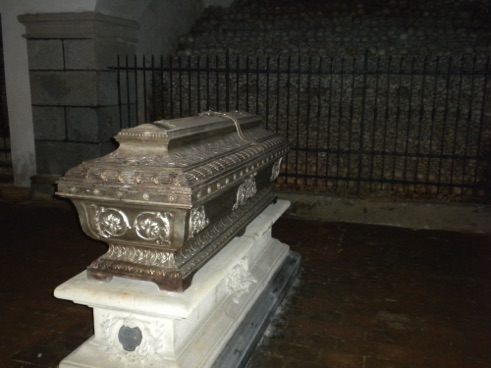 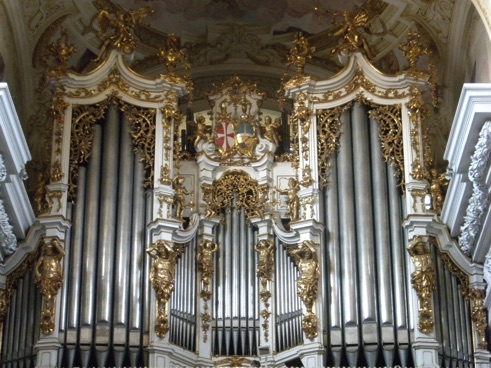 Ken Ward (b.1946) first discovered Bruckner when he investigated a Supraphon recording of the Fourth Symphony conducted by Franz Konwitschny found hidden away in his father's record collection early in the 1960s.

He was lucky enough to hear performances of symphonies Seven, Eight and Nine played by the Philharmonia conducted by Otto Klemperer in 1962/63.  Jochum's recorded performances of those symphonies seemed to him, as a young man, to illuminate the path to heaven.

After leaving university, where he studied Russian and English literature, he spent the majority of his working life driving buses in Essex and London, spent several years as an audio-typist serving TV companies, and later worked for London Underground as a station assistant. In 2005 he volunteered to take over editorship of The Bruckner Journal, after the founding editor Peter Palmer announced his intention to withdraw from the job.  Ken remained editor until handing over to Michael Cucka after the July 2016 issue.

Michael Cucka (b. 1962) was born in Chicago, IL where he began studying bassoon in the Fifth grade. Additionally drawn to other genres of music like progressive rock and jazz, he performed in numerous varied ensembles. By the time he entered college at Northwestern University, he also developed a keen interest in the sciences and pursued paths of study in music and biochemistry. During these years he had the opportunity to learn from members of the Chicago Symphony, who he also heard regularly during the Solti era. Reality being what it was, he made the choice of a carreer in medicine and has enjoyed being an Orthopaedic Surgeon for almost 30 years.

Bruckner came into his life late. A CD box set of the Jochum DG cycle on sale at Tower records provided him with his first exposure. The first disc he listened to of the Fifth Symphony proved revelatory. And despite initial passions for Stravinsky, Tchaikovsky, Beethoven and Bach, not to mention Yes, ELP, Chicago, Keith Jarrett and Maynard Ferguson, these new (to him) works were all expansive and have remained a passion to this day.

Currently living in CT, he is fortunate to frequent concerts in NYC and Boston. He became involved with the Bruckner Society of America upon its reactivation and currently serves as its treasurer. He was selected to assume the role of editor for The Bruckner Journal in 2016 when Ken Ward announced his desire to retire.

He lives with numerous movie and music collectibles. Along with his three grown children, they all accept and tolerate his pervasive passion for a composer who has touched him deeply.

Raymond Cox (b.1942) first came to Bruckner through live concerts – initially the Third Symphony - in Birmingham (UK) town hall in the 1960s and his interest in this composer developed from there.  He retains a special attraction to the Fifth Symphony, which he first heard later from recordings. However, his musical tastes are wide and while he has a particular affinity with the music of Gustav Mahler that of others including such diverse individuals as Franz Schubert, Carl Nielsen and Nicolai Myaskovsky are also special for him. It is perhaps a matter of chance that his association with the Bruckner Journal came about when he answered an advertisement in Gramophone Magazine, which simply stated “Anyone for a Bruckner society?” The originator received a few responses but in a while withdrew from the intended administration of the journal (but subsequently remained a subscriber) and passed the list of the interested people to Raymond, who met with Peter Palmer and Crawford Howie to discuss the inauguration of the journal. (For various reasons it was decided not to form a constituted society.)  So Raymond in fact volunteered rather by default to attend to subscriptions and mailings, etc. from the first issue in 1997.  The process, though, came about through an inner desire to meet – or at least associate - with other like-minded individuals. For twenty years Raymond attended to the Journal's administration including subscriptions and mailing, with help with the financial side from his wife Patricia.

In addition to music Raymond enjoys a wide field of different and perhaps rather eclectic leisure activities. These include: membership of the (literary) Powys Society (literature is a main interest); secretary of the English Westerners' Society, an organisation whose special interest is the preservation of the historical, ethnological and cultural background and evolution of the American West, for which he writes book reviews; the prehistoric sites of the UK – particularly Cornwall – about which he writes articles for a local journal and maintains its index; membership of the Anthroposophical Society (founded by Rudolph Steiner). He also enjoys long country rambles and was for some years involved in voluntary work in a local woodland. The cinema from the 1930s through the 1960s is also of interest.